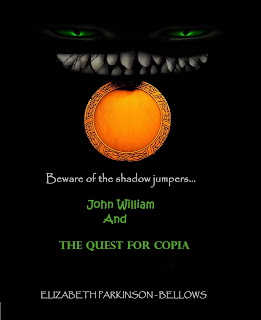 John William knew there was something special about the medallion Celeste found. It chimed and sparkled in the sunlight.  He was right; the medallion was from Copia, a lost city masked in time. Legendary tales were repeated of a golden city inhabited by Empyrean Wizards that was suddenly plagued by greed and gluttony when a meager fledgling magician by the name of Imperius the Great wandered in. Some did not believe the city ever existed; others who knew better wanted it to stay lost.
John William and Celeste were more than ready for another adventure. The search for Copia seemed to be a perfect opportunity. They were unaware of the dangers until it was too late.  Shadow jumpers emerged and grew rapidly in numbers. They wanted the medallion; its power would bring the lost city to life again, unlocking the dark past dormant with in its walls. The young explorers were in a mess of trouble. If they did not fix things fast, Copia’s pestilence of wild creatures would be set free to stir up an evil capable of destroying the realm.

Posted by Lizzypbellows at 3:32 PM No comments:

Several years passed since the battle in the mountains. Azra’s Pith was peaceful and Alexander was in love; but something just didn’t seem right. Alexander wondered what became of Imperius. The dark sorcerer was out there somewhere. Did it still have powers? Was it hunting Alexander? His worries were a constant distraction. He looked over his shoulder day and night until finally deciding that enough was enough. He made a promise to let go of his fears.


For Alexander timing has always had a sense of irony. On a beautiful, worry free day, an adventure with the river pirates put him face to face with Imperius. What happened? The dark sorcerer vanished; and so did Sarah, his love.  To find her he would have to travel through the depths of evil and face Imperius once and for all. He was about to lose the love of his life the same way he lost his mother. His only hope was a leap of faith and the Butterfly Curse. 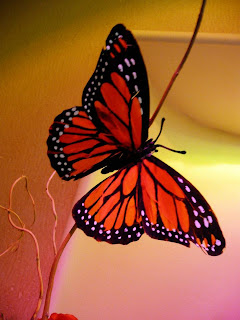 Posted by Lizzypbellows at 3:33 PM No comments: