The Hellion - A snippit From QUEST FOR COPIA 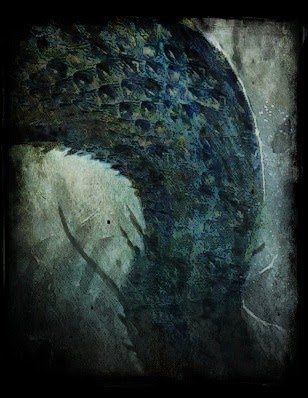 Celeste tied her hair back and examined the murky pool. Looking up, she saw John William fidget.
“You, you aren’t actually going to swim in that… are you?” he asked.
“According to the maps, there is a secret entrance under the falls. Since we don’t have time to search for another way in, the water is our only option. So, that means we are both swimming in that.”
John William hesitated. “Well then, in the water we go.” He unwound his scarf and stuffed his bag in his coat. “To keep the sludge away from my tools,” he explained.
“It’s really not so bad.” She cautiously waded in to her knees and looked back.
“Here goes nothing….” John William cringed and walked in. His feet instantly sank in the mud. “Not so bad – once you get past the stench and the slimy muck creeping up your trousers.”
“John William, I’m surprised; I thought you were a real explorer.” Celeste shot him a feisty grin and dipped under the water, drenching her hair.
She came up in time to see him wince. “Of course I am,” he said. “This is nothing. I have dealt with far worse conditions! Now let’s get moving.” Pinching his nose, he plunged into the pool.
Celeste followed, but it was too dark to see anything. The water slithered through her fingers as she glided past her friend. She concentrated, and her hair glowed. It gave the water a luminescent red hue, lighting the way to a cave in the distance. The waterfall thundered over their heads as they swam underneath.
Celeste eagerly pointed at the underwater cave. As she glanced over her shoulder, a large shadow dashed by. John William’s eyes grew wide. They weren’t alone in the water. They grabbed each other’s arms and paddled to the surface. The two of them popped up on the other side of the waterfall next to a steep rock wall. “There’s something in the water!” He gasped for air.
“What? What did you see?” She had only sensed its evil.
“I’m not sure, exactly – it was just a shadow.” He rubbed water out of his eyes. “That! That’s what I saw!” He pointed at primitive pictures of a giant snake with the head of a dragon carved into the rock.
“That’s the Hellion; it lived in the underwater caves at the time of Azra. Maybe you saw something else,” she said.
John William froze. “Something brushed my legs. Did you feel it?” Before she could answer, something yanked him underwater. She ducked down in time to see him gaping at the massive snake coiled around his legs. He swallowed water, fighting. But with each squirm and kick, the grip became tighter. The Hellion’s fiery red eyes peered through the murk. Stunned, she watched the Hellion squeeze the life out of her friend’s body.
She hovered over them just beneath the surface, feeling helpless. What could she do?


***
Celeste is a wonderful friend to have around in a sticky situation - she is a bright spirit and empyrean wizard. Find out what she does to save John William from the Hellion.
Posted by Lizzypbellows at 12:39 PM No comments: