The Raven Flies In *DRAFT* Quest for Copia Snippet 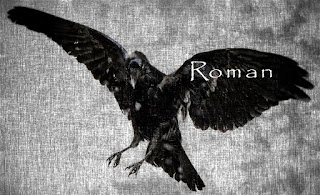 
“This should be a delightful night.” John William knew the only motive for Roman to stay was to throw trouble his way. Strange creatures with glowing, green eyes and sharp claws already had him on edge. Having to worry about what Roman was up to only made things worse.
Posted by Lizzypbellows at 12:32 PM

The Return of General Drake